The Most important Election 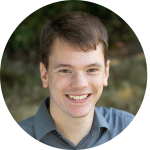 Have you ever heard that an election was “the most important election of our lifetime?” I think I’ve heard it every single voting season since I was first able to vote in 2014. It sounds like something a candidate or party leader might say to drum up enthusiasm or solicit an extra donation. I can’t see the future, so I don’t know if such a broad and prophetic statement is true. Yet here is what I do know:

2020 is the most important election of the next decade.

I know this because a very important task takes place in 2021. It will happen no matter who is in power. It’s called redistricting. It has monumental influence over everything that happens in Salem and Washington, D.C. until 2031.

The Oregon Legislature is comprised of 30 state senators and 60 state representatives. We also have five congresspeople. We may get a sixth next year.

Every 10 years, after the census, the Legislature is required by law to redraw the district map lines to ensure an equal population. This is because the United States Supreme Court has interpreted the U.S. Constitution to guarantee every citizen an equal vote.

While those in power are required by law to ensure equal population, they are not required to do much of anything else. This means we are at risk of a redistricting map that creates a permanent pro-choice supermajority if something doesn’t change in November. We need more pro-life state senators, state representatives and a pro-life Secretary of State to ensure this permanence doesn’t happen.

Ronald Reagan once said, “There are no easy answers, but there are simple answers.” The next decade of abortion policy is decided on November 3rd. The answer is simple: we must vote and persuade our like-minded family, friends, and neighbors to do so as well.