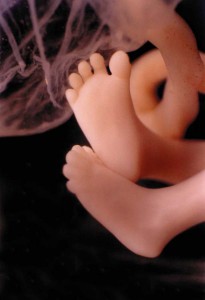 We live in a time in politics when a primary punching bag for both major parties, the media and voters everywhere is special interests.  It’s a vague enough term that I think a definition is in order.  Merriam-Webster defines a Special Interest as “a group that tries to influence the people who run a government in order to help a particular business, cause, industry, etc.”

Although there are many specials interests with power that should be eliminated, there is one that needs much more support: the right to life for the unborn.

Another term that could describe a special interest is association. The freedom to associate is a right protected by our First Amendment and one that can be traced back to the beginnings of our country.  Alexis de Tocqueville, the French historian who travelled throughout the United States in 1831, wrote his now famous Democracy in America, which looks at our form of republican representative democracy and why it is has succeeded.  One emphasis of Tocqueville’s was on the centrality and necessity of associations in American life:

Aristocratic societies always include within them, in the midst of a multitude of individuals who can do nothing by themselves, a few very powerful and very wealthy citizens; each of these can execute great undertakings by himself.  In aristocratic societies men have no need to unite to act because they are kept very much together….

In democratic peoples, on the contrary, all citizens are independent and weak; they can do almost nothing by themselves, and none of them can oblige those like themselves to lend them their cooperation. They therefore all fall into impotence if they do not learn to aid each other freely. [emphasis added]

Americans before, during and since the time of Tocqueville have thrived off of associations.  From PTAs to committees to raise funds to build churches, from missionary associations to abolitionist and civil rights societies, from unions to anti-union associations, Americans everywhere have been represented by innumerable associations.  Are you a member of the NRA?  AARP?  PETA?  NFIB?  All these are special interests.

What Tocqueville said about citizens being independently weak is even truer for the unborn, who are not considered citizens and are not allowed their constitutional rights in our society.  That’s why it is essential for those of us who would return the right to life to the unborn to associate together in their defense.  That’s what Oregon Right to Life is—an association of Oregonians (and some Washingtonians too!) who believe everyone deserves an advocate, especially those who can’t fight for their own rights.  We’re a special interest, and we will continue to be interested in the rights of the unborn.

There are many special interest groups and causes out there that are nothing short of evil.  Oregonians have several obvious examples from our recent history, such as the fiancé of Oregon’s former Governor when she represented special interests who benefited directly from her role at the top of State Government.  There’s another term for that: corruption.

But just because special interests (like anything else, really) can be used for evil ends, that doesn’t mean we should throw them all out.  Americans should look to our roots and remember who we are.  We are a people with a long history of uniting in non-governmental associations for the greater good.  The unborn deserve our united efforts to make sure their interests are once again heard in this country.