The most highly contested races were in Salem-Keizer, Oregon’s second largest school district. This is an area increasingly targeted by the abortion industry. In this district, both Planned Parenthood and NARAL Pro-Choice Oregon endorsed two candidates and even made contributions and paid for staff to knock on doors of voters. 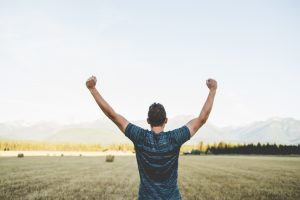 Although outspent, all three ORTL PAC endorsed candidates won, establishing a 5-2 pro-life majority on the board.  This sweeping victory demonstrates the power of pro-life voters, who returned over one third of all ballots in the district.

Another key victory was the election of Christy Thompson to the West Linn-Wilsonville School Board. Christy ran for an open seat against a NARAL-backed candidate. We first met Christy after we published an article highlighting the importance of local elections and our new candidate training program in the February-March Life in Oregon. She contacted us and asked for help. We were able to get out the pro-life vote on her behalf.

These are just a couple of examples of the many school board victories across the state. This year ORTL PAC endorsed more candidates than ever for these non-partisan positions. School board elections are an increasingly bigger priority because of their significant influence in everything from curriculum, to staffing and contracts with vendors.  School board members are also often recruited to run for higher offices like the Oregon Legislature.

Winning these elections, especially in more liberal-leaning places like West Linn-Wilsonville, shows the rest of Oregon the path to victory. The way to beat the abortion industry at the ballot box is to support strong advocates who give pro-life voters a reason to cast their votes.