Salem, OR—A DHM Research Poll conducted in early August investigated Oregonians’ views on abortion. They reported that 65% of Oregonians consider themselves pro-choice. However, 58% believe that abortions in the third trimester of pregnancy should be illegal, “except in cases to save the life of the mother,” including 48% of Democrats and 59% of women. […]

Salem, OR—In the late evening on Sunday, May 8, the offices of Oregon Right to Life were attacked. An individual used incendiary devices, one of which exploded and caught the building on fire. The office was vacant at the time, and no one was harmed. Fire and police departments responded quickly, minimizing damage to the […]

Salem, OR—On May 2, 2022, Politico released a leaked draft of a Supreme Court opinion in the case of Dobbs v. Jackson Women’s Health Organization. The opinion, labeled as the Opinion of the Court and written by Associate Justice Samuel Alito, would overturn Roe v. Wade and Planned Parenthood v. Casey. “We are encouraged that the Supreme Court appears […]

Biden’s Supreme Court Nominee a Friend to the Pro-Choice

President Biden nominated Judge Ketanji Brown-Jackson for the soon-to-be-vacant Supreme Court seat. With the potential end of Roe v. Wade on the horizon, it is crucial to consider how she might rule on abortion cases. Despite a lack of abortion-related judicial decisions, we have evidence we can consider. It might give an idea of what Brown-Jackson believes […] On March 28, Oregon’s Attorney General Ellen Rosenblum agreed to a settlement in federal court deciding that the state’s Death with Dignity Act, in which supposedly terminally ill people kill themselves with Oregon’s blessing, should apply to everyone, not just Oregonians.  Filed with a U.S. District Court in Portland, the settlement decreed that both the […]

An Important Message for Pro-Life Voters

2022 is shaping up to be the best opportunity in a generation to elect a pro-life Governor in Oregon. This is a bold statement, and there are four good reasons we can make this claim. There is no incumbent. All of the leading Republican candidates are pro-life. A well-funded, non-affiliated candidate will compete for pro-choice […]

Salem, OR—On March 28, 2022, Oregon Attorney General Ellen Rosenblum entered into a settlement agreement that guaranteed the non-enforcement of the residency requirement in Oregon’s “Death with Dignity Act.” This statute limited physician-assisted suicide access to residents of Oregon. “We already have a problem with dangerously short physician-patient relationships and the push to eliminate any […] 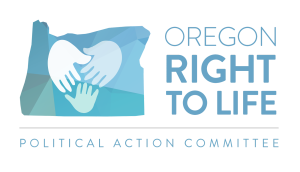